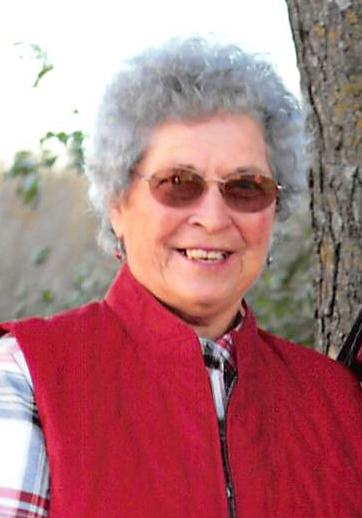 Virginia Williams, 83 of Corydon, passed away on Tuesday, December 21, 2021 at Wayne County Hospital in Corydon.

Virginia Kay Russell was born on April 16, 1938 to Virgil and Edith (Ball) Russell in New Virginia, Iowa. The family moved to a farm north of Seymour, Iowa where they raised horned Hereford cattle and she attended school graduating with the class of 1956. During this time she was part of the basketball team that qualified for state also participating and placing in the state free-throw contest.

On April 20, 1958, Virginia married Jerry Lee Williams, and to this union came two children, Cindy and Rick. Virginia was a stay at home mother until Rick became school age. That is when she started her career of over 40 years as a secretary at Neely Manufacturing in Corydon. She would secretary rodeos in Iowa and Missouri as her loving husband competed and picked up broncs for several years.

In 1973, Virginia and Jerry moved their small family to an acreage just on the north edge of town where a new adventure would begin. It was at this time Virginia and Jerry purchased the horse Jae Bar Flynn, which started the love for the cutting horse. Virginia took great pride in her mares and babies. She would study the pedigrees and performance records to ensure she raised only the best they could.

She enjoyed most of all watching and cheering on her children and grandchildren. From the wrestling mat to the rodeo arena you could always find her in the stands or along the fence.

Funeral service for Virginia will be held on Monday, December 27, 2021 at 1:00 PM at the Thomas Funeral Home in Corydon. Visitation will be 2 hours prior, from 11:00 AM – 1:00 PM. Interment will directly follow the service at the Corydon Cemetery. Memorials may be given to the family and condolences can be shared at www.thomasfh.com or www.facebook.com/thomasfuneralhome.