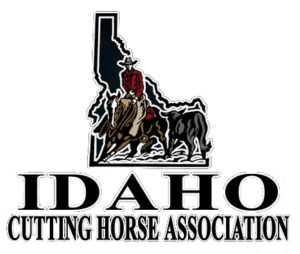 Smooth As Mercedes and Matt Gaines drove home a 224-point win in the Idaho CHA Derby on Tuesday, August 25, at the Ford Idaho Horse Park in Nampa. Dual Clay and Grant Setnicka claimed reserve with 223 points, while Setnicka also scored 221.5 on Spookys Honey Badger, to tie Metallic Missy and Richard Jordan for third in the 16-horse finals.

The win was worth $10,077 to Smooth As Mercedes LTE $63,021, who won the Cascades Derby with Gaines earlier this month. Bred by Reata Cutting Horses, Los Olivos, Calif., and owned by Jim Vangilder, Weatherford, Tex., the Dual Rey daughter is out of Mercedes Smoothe LTE $148,900, a Smooth As A Cat daughter shown for Reata by Matt Gaines.

Dual Clay LTE $50,792, sired by Dual Rey and bred by Rick Beck, Hemet, Calif., has been a finalist with Setnicka in three other 2020 limited age events, including the NCHA Derby and the Bonanza, where she placed fifth and fourth, respectively. Owned by J Five Horse Ranch Management, Weatherford, Tex., Dual Clay is half-sister to Metallic Player LTE $75,410, out of the Freckles Playboy daughter Play Like Clay LTE $78,844.

Spookys Honey Badger LTE $30,834, owned by Robert Thigpen, Chilton, Tex., was bred by Jeff Barnes, Wilton, Calif. The Hottish-sired gelding, out of a half-sister to Reyzin The Cash LTE $274,376, was shown by Setnicka as an NCHA Futurity  and Derby Open semi-finalist, and as a 2020 finalist at The Non-Pro and the West Texas Futurity. He also claimed first-place money in the Idaho Derby Open Gelding division, and earned money as an Open Gelding in the NCHA Futurity and Derby, as well. Bred by Michelle Cannon, Waxahachie, Tex., and owned by Bob and Sharon Haider, Mandan, N.D., Metallic Missy LTE $24,366, was reserve champion of the the 2019 Idaho 3-Year-Old Open Futurity under Richard Jordan, and also won the Open Ltd. Sired by Metallic Cat, Metallic Missy is half-sister to Shiney Outlaw, an NSHA and NRCHA champion and earner of $109,205. Metallic Missy’s dam, Mereyda, an unshown daughter of Dual Rey, is a half-sister to Rambo Merada LTE $205,935 and Starched Wranglers LTE $203,747, among 13 earners of over $750,000 out of Merada Missy LTE $78,533, by Freckles Merada.

Click here for complete results from the Idaho CHA Futurity and Classic.