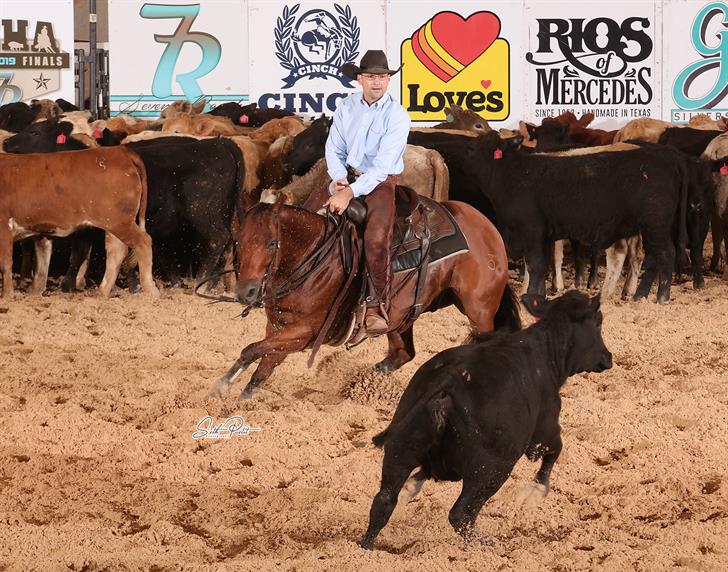 Moms Stylish Player, ridden by Hall of Famer Kenny Platt, marked 230 to win the second round of the 7 Ranch 2019 NCHA Open World Finals on November 30 in Fort Worth’s Watt Arena.

CR Gotcha Covered, who will be crowned World Champion next week, placed second in the round with a 229. Cattalou and Just Happy Tobe Here both marked 224.

After winning Friday’s first round with a 227, Moms Stylish Player is leading the World Finals cumulative score by 13 points with a 457.

He came into the World Finals ranked ninth for the year, but with his World Finals successes, he’s moved up to fourth place in the standings.

CR Gotcha Covered is shown by Hall of Fame Rider Tarin Rice for Joel Colgrove of Boligee, Alabama. With his go-round paycheck, the Dualin Boon stallion has a lead of more than $35,000 in the Open World Standings. To read more from Sally Harrison visit sallyharrison.com