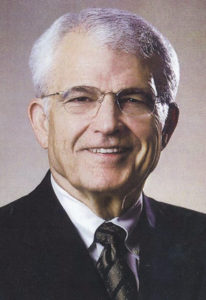 Mike Wells began a career in banking in 1958, after graduating from the University of Texas. Over the years he served as chief executive, board member, and director for numerous Texas banks, as well as president and chief operating officer of the Houston Livestock Show and Rodeo.

Wells and his wife, Marilyn, owned a ranch in Fulshear, Texas, and were active cutting competitors in the 1980s, when Mike was chief operating officer of the Super Syndicate Ltd stallion program. Rosie O Lena, a Doc O Lena daughter bred by Wells, was an NCHA Futurity Open finalist during this time under Jim Reno.