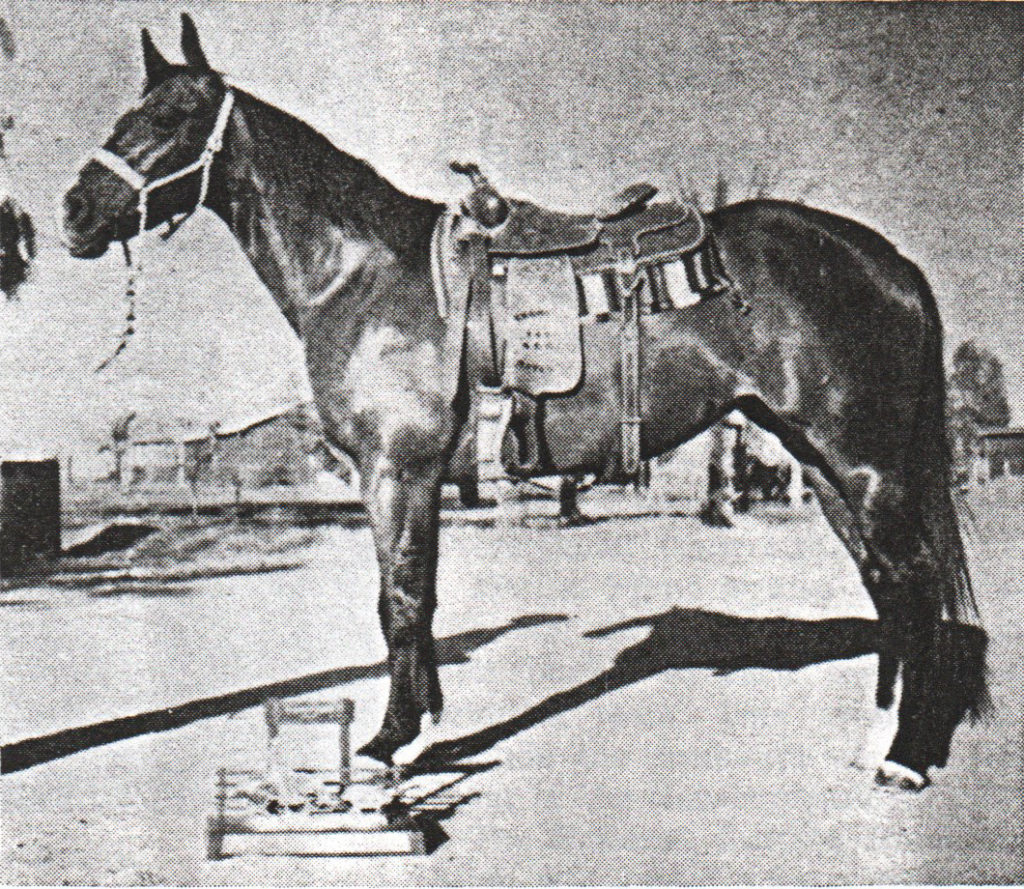 Before the NCHA Maturity was inaugurated in 1970, the Futurity, for nominated three-year-olds, was the first and only NCHA show to restrict horses by year of birth. And as the Futurity grew from 36 entries, in 1962, to 260 in 1969, officials took the next logical step and created an event strictly for four-year-olds with “a cost advantage” for Futurity entrants.

The first five Maturities were co-sponsored by NCHA and the Greater New Mexico Cutting Horse Association and held in Albuquerque, at the New Mexico State Fairgrounds’ famous Tingley Coliseum. The first Maturity, held April 24-26, 1970, included 45 entrants from 86 original nominees and offered a purse of $18,237, slightly less than the total purse for the first NCHA Futurity. Three judges officiated and competition consisted of two go-rounds, a semi-finals, and a finals. Although NCHA had included their first non-pro division in the 1969 NCHA Futurity, the Maturity would not add a non-pro division until 1975, when the event was moved from Albuquerque to Waco, Tex.

Following her show career, Docs Kitty would leave an indelible mark on the cutting horse breed through her daughters and their progeny, most especially through Smart Little Kitty, her 1984 daughter by Smart Little Lena, who produced High Brow Cat, the sport’s all-time leading sire of earners of over $80 million.

Bred by Dr. and Mrs. Stephen Jensen, of Doc Bar Ranch fame, Doc’s Kitty, by Doc Bar, was out of Kitty Buck, by Pretty Buck, a stallion standing at Texas’ famous Waggoner Ranch, along with Poco Bueno. Poco Lena, the Waggoner-bred cutting champion and dam of foundation sire Doc O Lena, was also out of a Pretty Buck mare.

In 1975, the NCHA Maturity became the NCHA Derby and moved to the Heart O’Texas Fair Arena in Waco for a two-day venue in September, where 92 open entries competed for a purse of $25,093, and 18 non-pros competed within the open go-rounds for $1,800.

By 1977, Diagnostic Data Inc., makers of Drive feed supplement, had come on board as the first Derby sponsor, adding $10,000 to a purse that had grown to 0ver $47,000. This year also marked the initiation of NCHA’s new five-judge system.

The Derby was held in Waco every September from 1977 to 1981, when it was moved to July and  Fort Worth’s Will Rogers Memorial Coliseum. In 1988, the five and six-year-old Classic and Challenge divisions were added to the NCHA Derby schedule of events, which was rechristened as the NCHA Summer Cutting Spectacular. With the exception of 1987, when it was held at the Bell County Expo Center in Belton, Tex., while the new Will Rogers Equestrian Center was under construction, the NCHA Derby has been held in Fort Worth every year for the past four decades. 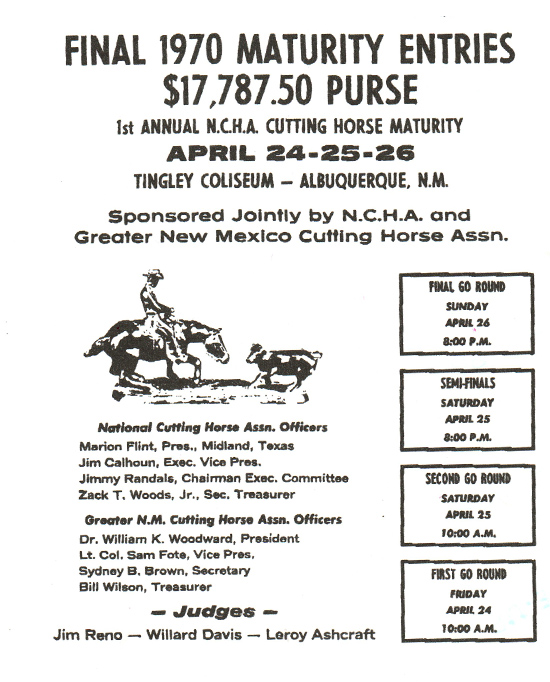 To read more from Sally Harrison, please visit her blog at sallyharrison.com