Jan 9, 2020, 08:53 AM by Sally Harrison
Ireydescent and Stole A Kiss Co-Champions of Abilene Open Derby

Ireydescent and Stole A Kiss Co-Champions of Abilene Open Derby 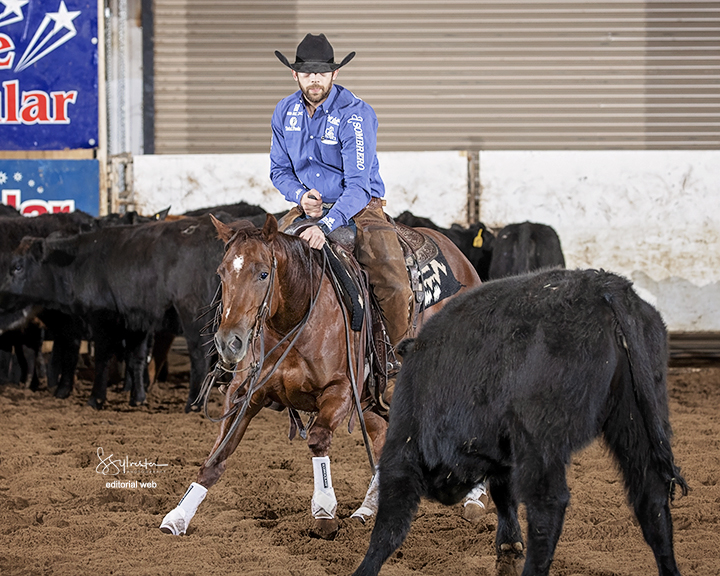 Ireydescent, shown by Adan Banuelos, and Stole A Kiss, with James Payne, were the stars on Wednesday, January 8, at the Taylor County Expo Center, as 221.5-point co-champions of the 2020 Abilene Spectacular Derby. Miss Blu Boon, ridden by Lloyd Cox, was next with 219 points, while Jae Zee, with Tatum Rice, scored 218 points to place fourth, with the third-highest score in the 28-horse Finals field.

Ireydescent, a Dual Rey daughter, is owned by Brumbaugh Ranches, Aledo, Tex., and was an NCHA Futurity Non-Pro Semi-Finalist under Elizabeth Brumbaugh Quirk. Bred by Double Dove Ranch, Fort Worth, Tex., Ireydescent is out of Desires Katrina LTE $128,812, a full-sister to Thundercat LTE $302,762, and out of Desire Some Freckles LTE $188,990, a leading producer of NCHA earners of over $1.5 million. 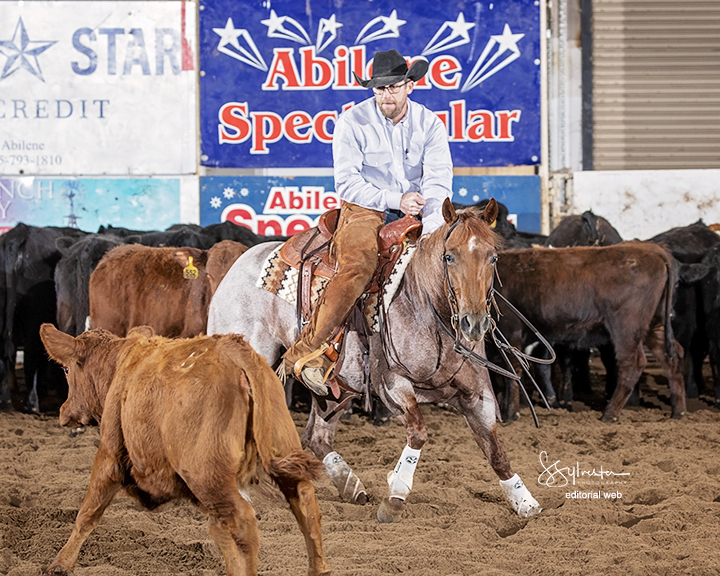 Stole A Kiss LTE $72,128, the seventh-placed finalist in the NCHA Futurity under James Payne, is owned by Kathleen Moore, Madill, Okla. The Metallic Cat daughter is out of Smart Lookin Mate LTE $54,240 and a half-sister to When Ur Hott Ur Hott, also a finalist in Wednesday’s Abilene Spectacular Derby, with 216.5 points under Lloyd Cox, for Bradley Rogers, Madill, Okla.

Miss Blu Boon, is sired by Once In A Blu Boon and owned by Kathleen Moore, Madill, Okla. Miss Blu Boon was bred by Dan Churchill out of Mates Memory, by Smart Mate,  and was an NCHA Futurity Open Limited Finalist under Glynn Whitman.

Jae Zee, sired by Boon Too Suen and owned by his breeders, Kevin and Sydney Knight, Weatherford, Tex., tied Ireydescent and Adan Banuelos with 222 points, the high score from the second go-round of the Open Derby. Jay Zee came to Abilene with $15,546 earned as an NCHA Futurity Non-Pro Semi-Finalist and  Non-Pro Gelding Finalist with Kylie Knight Rice, as well as an Open Semi-Finalist and Open Senior Finalist under Tim Smith.

Click here for complete results from the 2020 Abilene Spectacular. To read more from Sally Harrison visit her blog at sallyharrison.com